“We could say that meditation doesn't have a reason or doesn't have a purpose. In this respect it's unlike almost all other things we do except perhaps making music and dancing. When we make music we don't do it in order to reach a certain point, such as the end of the composition. If that were the purpose of music then obviously the fastest players would be the best. Also, when we are dancing we are not aiming to arrive at a particular place on the floor as in a journey. When we dance, the journey itself is the point, as when we play music the playing itself is the point. And exactly the same thing is true in meditation. Meditation is the discovery that the point of life is always arrived at in the immediate moment.” -- Alan Watts

Searching for a green-building architect? Need a waste or energy audit? Trying to find a solar installer or local food supplier? The E4S Sustainable B2B Directory is a growing directory of regional companies that provide products and services to help you implement sustainable-business projects. The first tab, Industry Guide, organizes these companies into the basic industries and sub-industries that comprise a sustainable regional economy. The second tab, How-To Guide, suggests common sustainability implementation projects and links to the businesses that can provide the appropriate products or services. Check it out.

Psychologist and life coach Jane Lehr Eckert, PhD, has opened Studio e, an energy education facility in Fairlawn. "The cornerstone of Studio e is the study of human energy matrix, an exciting new field of medicine and psychology," Eckert says. The studio will feature classes, workshops, study groups, special-topic presentations and an interactive library designed to focus on energy modalities. For more information, call 330-808-8558, or go to the company's web site at www.studio-energy.net. 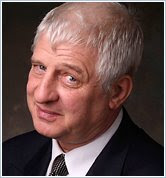 "If you deny yourself access to the child within because you're too serious, you also block your connection to the divine Light and your feminine self. Every creator who's any good uses their feminine side to create . . . whether it's a scientist working on a hunch, a painter working on the interplay of colors, or a musician dealing with the juxtaposition of notes and chords." -- Stuart Wilde

The American Holistic Health Association (AH-HA) has compiled a list of free catalogs of books with a wide array of topics on health and wellness! Send for those in your area of interest. Using this list you can order from the companies, purchase at a bookstore, or borrow from your local library. Please note: AHHA does not make value judgments distinguishing these organizations or the literature they offer. You are responsible to verify what is appropriate for your needs. But it is a nice place to begin to wade through the vast array of resources out there.

It's Easy Being Green

MSN has compiled a really good "Green" page, consisting of interesting articles, current news items, photo galleries (dig mr. frog, at left) and more. While the material seems to be solid, it's interesting to note that Chevy is a primary advertising sponsor, trying to get traction for its cars that get an amazing 30+ miles-per-gallon. I wouldn't call it "greenwashing" but it is a stretch. Everybody is trying to burnish their green credentials these days, thin as they may be. In any case, check it out. 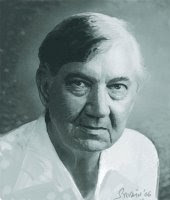 "Inside yourself or outside, you never have to change what you see, only the way you see it. It is useless to try to escape any difficulty by contracting your consciousness. You will have to climb back up any hill you roll down, you will have to do it sooner or later, in this lifetime or another, because our true nature is beyond time."
-- Thaddeus Golas

According to an article in today's Plain Dealer, a five-star, $48-million eco-friendly hotel and condo project is slated for downtown Cleveland. The 1 Hotel, from the Starwood Capital Group, will be located at West 11th Street and Main Avenue. It is scheduled to open in 2010, and will include about 150 rooms, a spa and meeting space, as well as a restaurant featuring local and organic foods and reportedly operated by a nationally known restaurateur. "The idea of sustainability and environmental sensitivity is something that is central to this project, so it's a very good fit culturally," developer Scott Wolstein said about the project. The 1 Hotel brand, envisioned as a luxury hotel with an environmental conscience, is designed to be "a certified green building, constructed with the environment in mind and an eye on saving energy." (photo from Wolstein Group Fairmont Properties.)

The Hessler Street Fair is an annual community arts and music festival, celebrating its 40th year on historic Hessler Street in Cleveland's Univerity Circle. It is a family-friendly event, showcasing local artists, food, musicians and poets. The Fair is one of Cleveland's most successful, attracting upwards of 10,000 visitors each year. Running from noon to dusk, this coming Saturday and Sunday, it features a diverse mixture of musical styles and venues, and is a non-profit, volunteer-run weekend, focused on celebrating community, arts and culture. Look for copies of Balanced Living there!

There is an article in the Plain Dealer about Luxembourg- ArcelorMittal SA, the world's largest steel maker, which has operations in Cleveland. Liz Ilg, an activist at Ohio Citizen Action, said the steel maker has refused to respond to concerns flagged by local people near the Cleveland plant it bought in 2005 - including letters from more than 526 doctors and nurses detailing health problems linked to air pollution. Chief Financial Officer Aditya Mittal praised its U.S. steel operations, saying ArcelorMittal won an Environmental Protection Agency gold medal this year, "so clearly we are doing something right." (It's not like the EPA under the Bush Administration has functioned as anything other than a corporate consulting agency.) Kudos to Ohio Citizen Action for their activist role.

Interesting, and disturbing, article in Newsweek about Organic food. And Cleveland is mentioned in the piece. According to the article: "With food prices rising, the bloom is going off organics. The healthy-food craze mushroomed this decade, growing 150 percent since 2001 to reach $19 billion in sales last year. Driven by a rising demand for food free of pesticides and growth hormones, organics went mainstream, moving from tony Whole Foods to the produce aisle at Wal-Mart. But now with gas near $4 a gallon, the $7 gallon of organic milk doesn't look as good. (A gallon of conventional milk at Kroger will run you as little as $2.99.) In a new survey from WSL Strategic Retail, only 27 percent of shoppers thought organics were worth the money—even though most agreed they are healthier. After years of 20 percent annual sales growth, consumers are curtailing their consumption of organics, according to market researcher the Hartman Group. "Organic strawberries looked nice in February," says Nancy Massotto, who runs a "green parenting" network in Caldwell, N.J. "But I'm not paying $6 for a pint when I'm paying $4 a gallon for gas." "

"No action is ever an isolated event. Always, it invites from the universe a reaction that corresponds exactly to the type and the force of energy behind the deed."
-- Paramahansa Yogananda

On May 10, Mind-Body-Spirit Connection will host a “Mother’s Day Tea.” Enjoy a special afternoon with friends, family, neighbors and others. “High tea,” plus a silent auction and a one-woman comedy/play will be offered to stimulate emotions and provoke thinking. Cost is $40. The event will be held at Embassy Suites, Rockside Road, Independence, from 11:00 am to 2:00 pm. Visit www.MBSConline.org for details, or call 440-838-3675.

The nightingale starts to sing!

Go to the librarian and ask for the book of this bird's songs, and
Then go out into the desert. Do you really need college to read this book?

Break all your ties with people who profess to teach, and learn from the Pure Bird. -- Hafiz 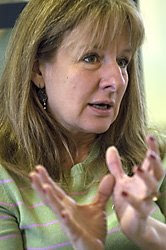 Cleveland has a proud tradition of reaching out to the homeless and less fortunate. This is often accomplished by unsung heroes operating in relative obscurity. For example, the late poet laureate of Cuyahoga County, Daniel Thompson, used to distribute day-old bread and other food products to the homeless, using whatever resources he could muster. Another unsung hero is Donna Kelly (left), an RN who serves homeless men and women both on the street and in unique ways, such as through a book-study group. Her efforts were recently profiled in the Christian Science Monitor. At Balanced Living, we have begun a program called "Balanced Living Means Giving," which will focus on different charity efforts throughout the year. In our current issue, we are asking for donations to the St. Malachi shower program. Donations of towels, soap or shampoo can be dropped off at the center, located at 2416 Superior Viaduct; or you can drop off a donation at our offices at 201 W. Liberty St., in Medina.